My new avatar is a tamtam from Ambrym 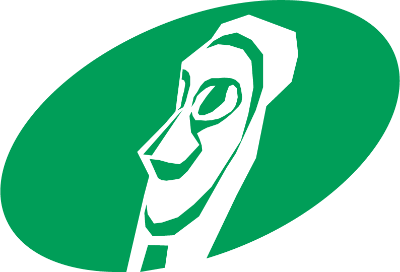 In a tweet, Cyrus Radfar asks about my new Twitter avatar, taken from the image above. It represents a tamtam, a stylized drum carved from a tree trunk. This one is in the style of Ambrym island in the Republic of Vanuatu. Tamtams are used to signal a village gathering or drummed during dance performances. My essay Passing lanes mentions how Chief Louis used a tamtam to call Liro village (on Paama, where I lived as a Peace Corps volunteer) to work.

This tamtam image was based on a tamtam that I purchased on Ambrym during my trip to hike the volcano (see Sea food). The drawing is by Paul Bojka, a Cleveland friend. A long time ago, he drew a series of icons relating to Vanuatu that I used for VanAmerianNius.com, a now-defunct website I had to share news about Vanuatu. Later, I put up storian.org for my fellow PCVs in Vanuatu.